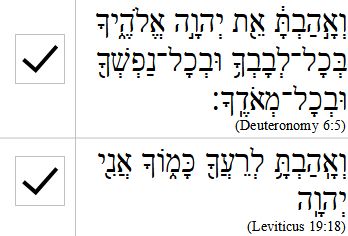 During times of war such as WWI or WWII military service is driven by one of two emotions.Some soldiers voluntarily join up out of love for their countries, way of life, or family. Others though, are conscripted into service not because they want to join, but because they fear the repercussions of what would happen if they refused their draft orders. There’s no doubt about it that those who fight out of love for their country will be more motivated than those who fight out of fear.

Christians in this world are at war as well. Not a war of guns and munitions, but a war for their own souls and the souls of all those they come into contact with. So why are our fighting? Are we fighting the good fight of faith out of fear of what God would do to us if we did not fight or are we fighting out of love for God for what He has done for us? At times the answer in our lives is not too clear. The fear of the condemning judgment of God has motivated Christians to fight, but with much torment in their lives over the guilt of their sins.This is not how God wants us to fight for it brings us pain and burdens.

God tells us how he wants us to fight the good fight of faith in 1 John 4:18 “There is no fear in love; but perfect love casts out fear, because fear involves torment. But he who fears has not been made perfect in love.” God wants us to obey Him and fight the Devil out of love for Him. Fear will creep in as we are not perfect and will not be until heaven, but God is at work sanctifying us through His word and driving out the fear we hold on to and replacing it with love for Him most of all and also for our neighbor. Let us listen to our Lord and obey Him out of love and not out of fear.

Can You Hear Me Now?