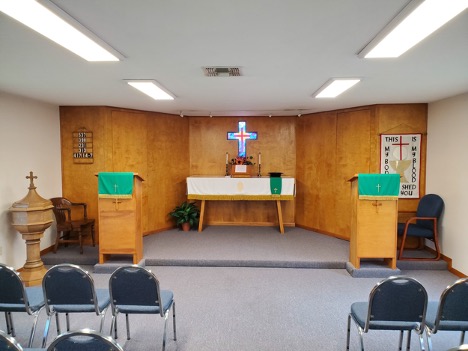 Access, either you have it or you don’t. At a concert there’s no way to get backstage and meet the band unless you have an all access backstage pass. During the times of the Old Testament, access to the tabernacle and later the temple was limited. The further into the temple complex you went, the more limited the access was. God wanted His people to go through the priests as intermediaries in order to impress upon them the vast gulf between their sinfulness and His holiness.

What an amazing revelation it was then to the New Testament believers that since Jesus had fulfilled the law, they were now given direct access to God the Father and the mercy seat. Peter says this in 1 Peter 2:5 “you also, as living stones, are being built up a spiritual house, a holy priesthood, to offer up spiritual sacrifices acceptable to God through Jesus Christ.” This was the meaning God made abundantly clear when the temple curtain was torn in two at Jesus’ death on the cross. Christ gave all believers everywhere the all access backstage pass to bring their prayers and sacrifices directly to God because His sacrifice declared them righteous before the Father.

At the time of the Lutheran Reformation access to God was widely seen as being available only through the priesthood of the official Catholic church. However the apostle Peter names every single New Testament believer a priest in their own right. You are a priest. As a priest you have access to God the Father directly through prayer. As a priest you have the keys of the kingdom of heaven, the authority to forgive sins or condemn impenitence. These gifts and authority are given to every believer by God Himself, so you may be a father, mother, plumber, police officer, engineer or countless other roles, but along with all of those, God has also made you a priest.

A Home That Lasts