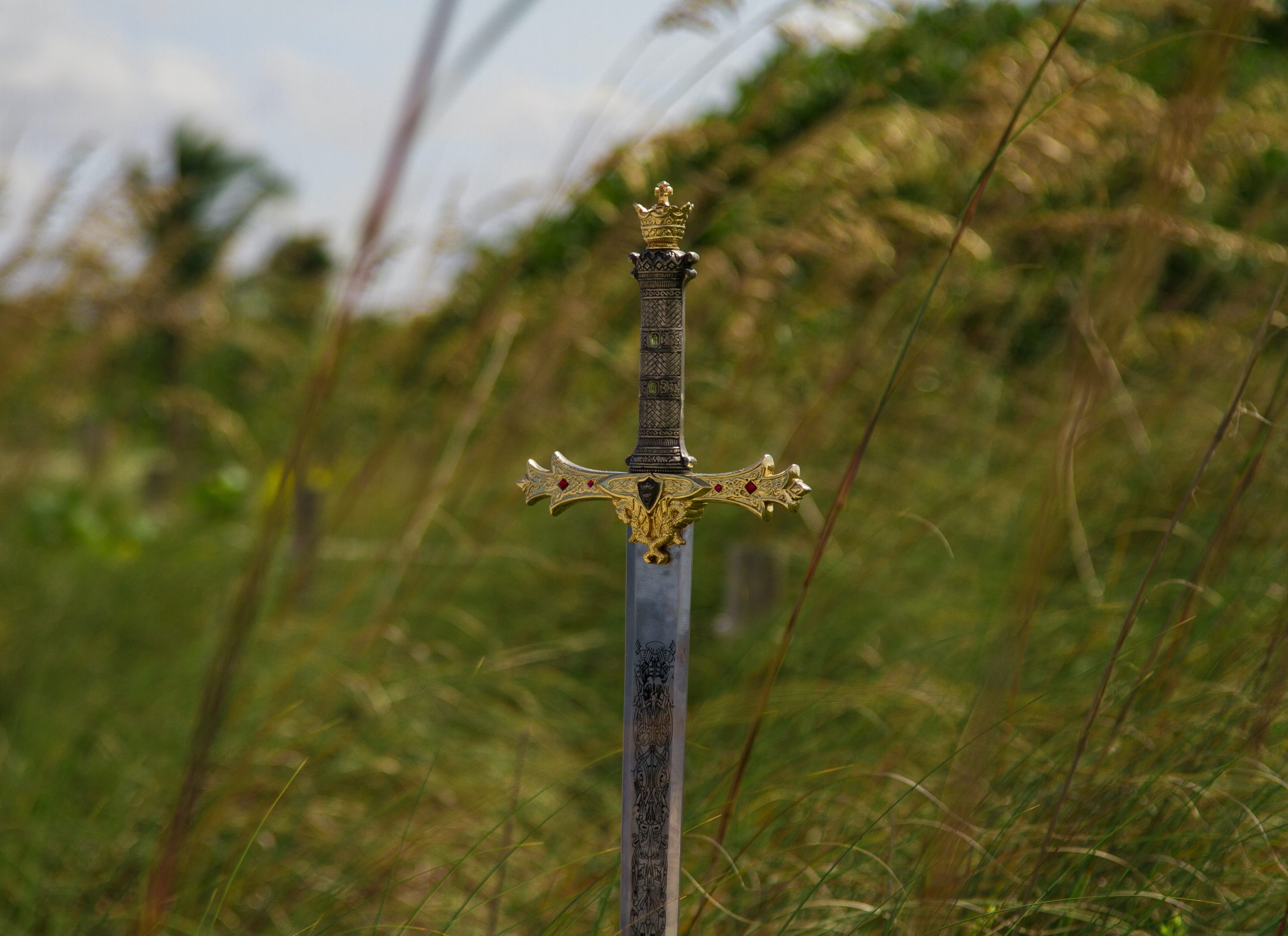 Are you thinking of Gideon already? When Gideon’s 300 men smashed their pots and shouted at the Midianites, they yelled “The Sword of the Lord and of Gideon.” Miraculously God then used the Midianite army to destroy itself. As incredible as that was, that is not the sword of the Lord we are talking about today. Today we look at how God treats you like His sword.

When a sword is first forged it undergoes extreme heat, intense hammering and sharpening. God did the same thing to you when he called you to faith. He showed your heart, whether it was 2 days old or 40 years old, the weight of its sin against Him. He burned your heart with guilt and beat on your soul with the consequences of what you had done. But God was not done with you yet. As the blacksmith plunges a sword into water to cool it down to temperature, God plunged you under the blood of Christ to show you the grace, balm, and healing of His forgiveness.

Now, throughout a sword’s life, it will dull. The edge becomes worn from battles won and battles lost. We too at times become worn out from the amount of sin we face on a daily basis. For a sword, the solution to a dull edge is simple, sharpen the blade with a whetstone. For a believer, the solution to becoming dull to sin is simple as well. Sharpen yourself with God’s word. Seeing our sin and guilt for what it really is, sharpens our shame, and also brings into clearer focus the grace our God has for us.

The reason an ancient soldier would sharpen his sword was not because he wanted to harm it, though he did shave away parts of the blade in order to make it sharp again. Rather, the reason an ancient soldier would sharpen his sword was because he cared for it dearly. God cares dearly for you as well. He sharpens you even though he knows it hurts because He wants to be able to win your battle against sin. He shaves away the parts of you that have become dull to His word, your sin, and his forgiveness. Now, a soldier may become frustrated that His blade is dull, but he cherishes his sword nonetheless, and works to make it better. God has similar feelings for you. The Psalmist says in chapter 30:5 “For His anger is but for a moment, His favor is for life;” God is not pleased when you fail Him, but He cherishes you and sharpens you back into fighting shape because He values you. You are His child and no amount of sin will stop Him from working to bring you back into tiptop sin-stopping, devil-defying, Christ-following shape.