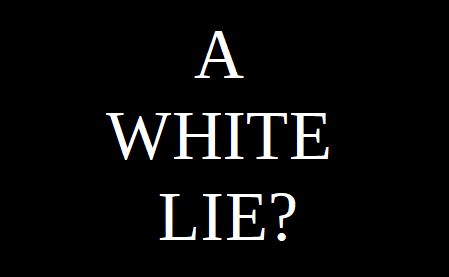 A study conducted in 2002 found that 60% of people would lie in a conversation with someone they just met. These lies ranged from glaring falsehoods about their past to seemingly minor lies meant to make the other person feel better. Whatever the intended purpose of the lies though, they were lies nonetheless.

One of the characteristics of the old man living in you is the desire to lie. Your old man will tell you all sorts of supposedly good reasons to lie. Perhaps the reason will have something to do with selfish self preservation from some shame or guilt that you ought to bear. Perhaps the reason will be to make someone else feel good or avoid an awkward truth. Perhaps the reason will be to not hurt someone’s feelings. No matter what the reason may be, the book of Colossians gives a clear directive from God to simply not lie, “Do not lie to one another, since you have put off the old man with his deeds, 10 and have put on the new man who is renewed in knowledge according to the image of Him who created him,” ( Colossians 3:9-10).

Hypothetical scenarios, that you will likely never find yourself in, are sometimes brought up to try to justify lying. Yet God in His goodness and righteousness has never found it necessary to lie. Not once in all of His interactions with mankind has He ever lied. He announced mankind’s guilt, accomplished mankind’s salvation, and spread this message over the whole world without a single lie. The new man, who is created according to God’s righteousness and holiness, does not need to lie either. The temptation only comes from the old man who, like the Father of lies, cannot stand the ultimate truths of your sinfulness and God’s grace and so has an aversion to more mundane truths as well.

A Heart Full of…